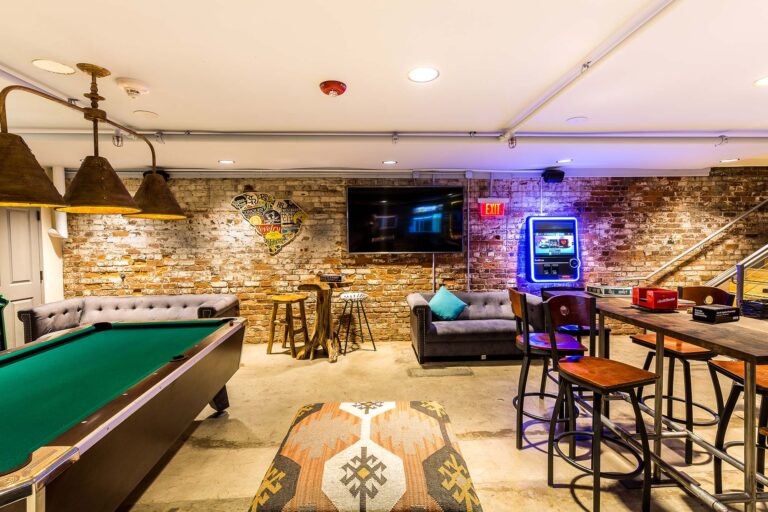 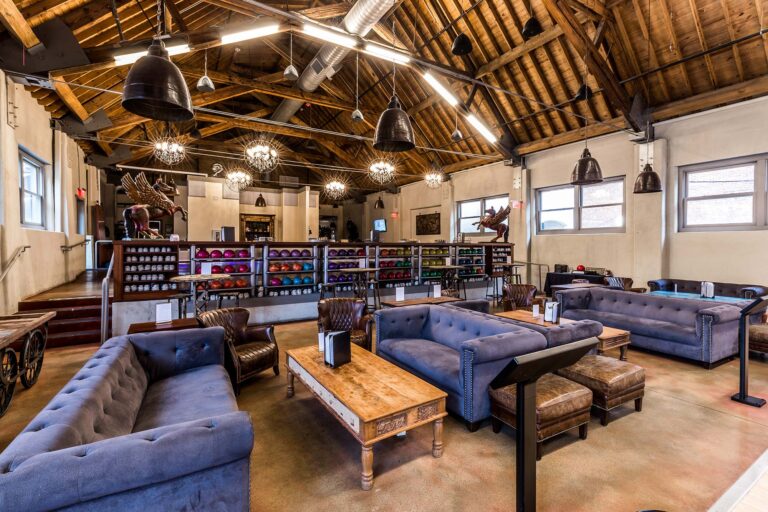 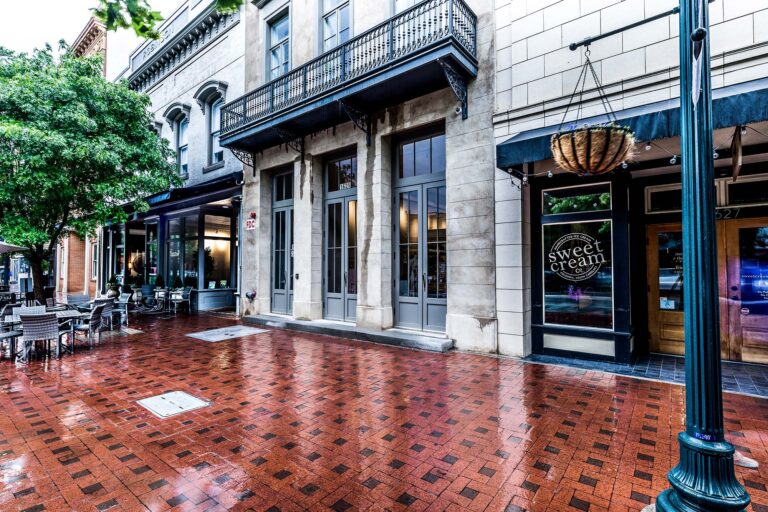 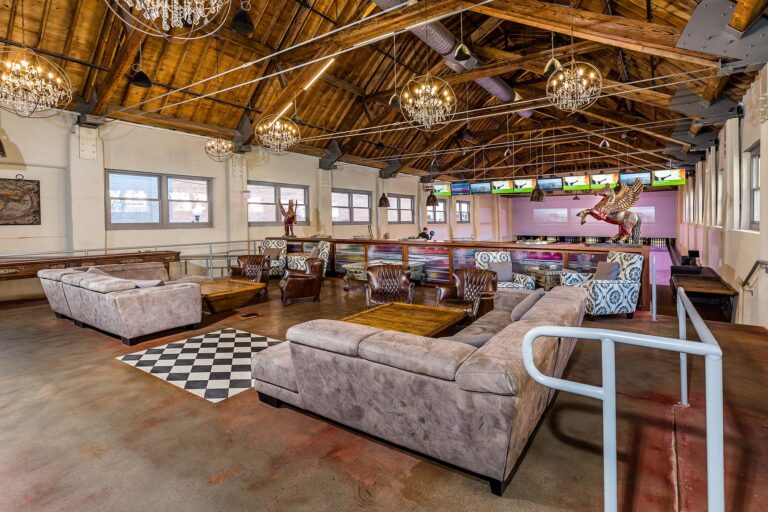 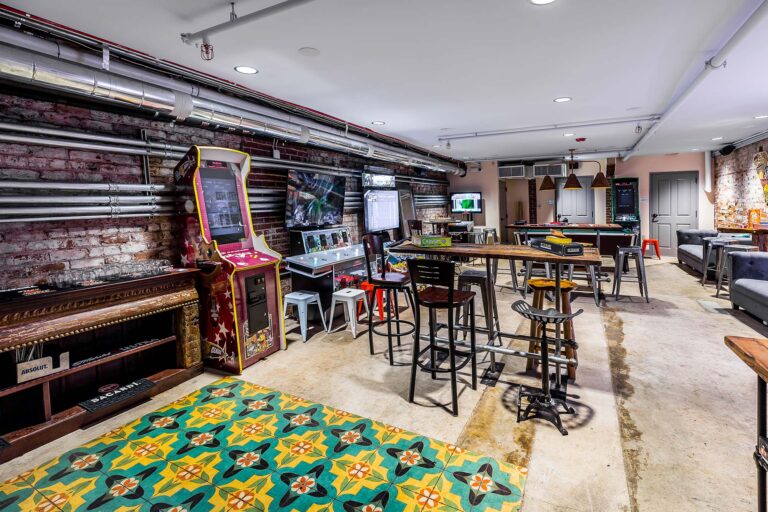 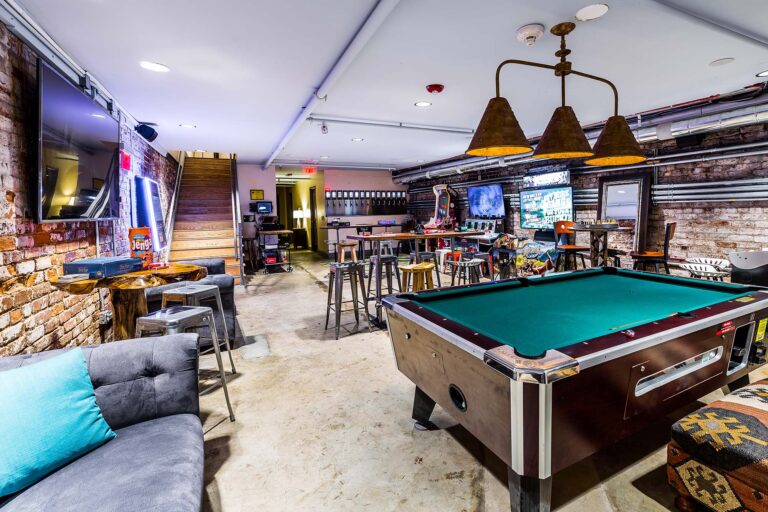 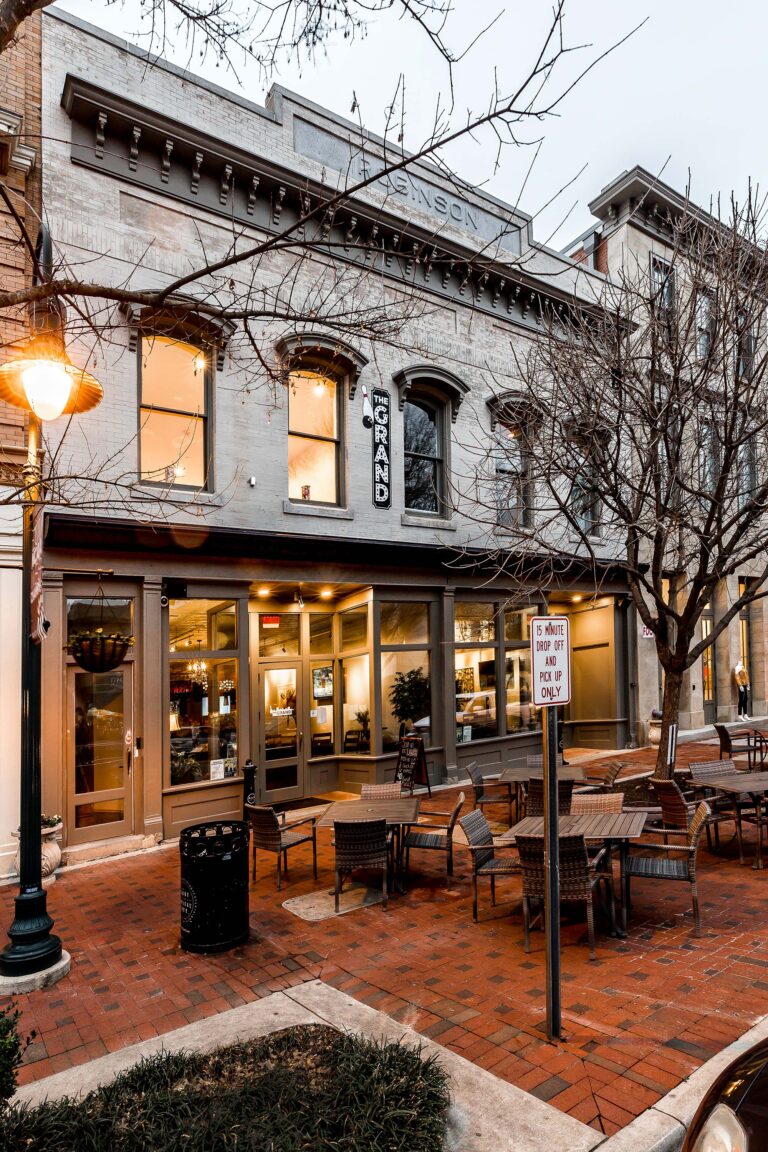 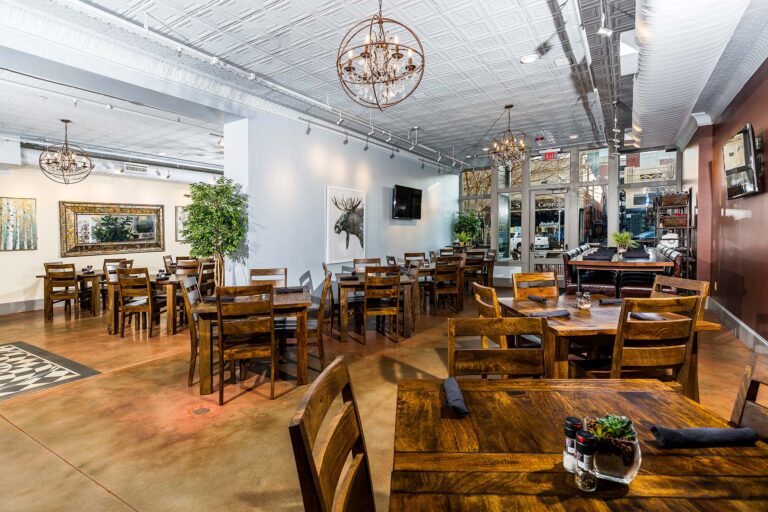 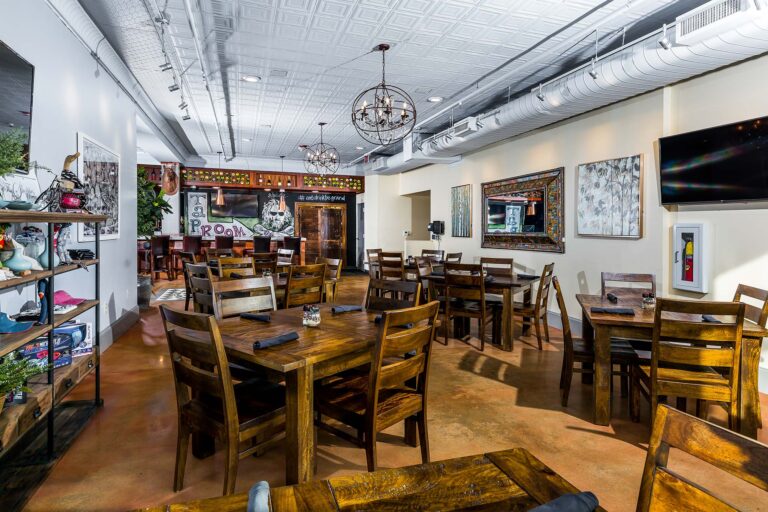 This adaptive re-use project transformed both the Robinson Building (previously the Army Navy Store) and Mark’s Building into seven bowling alley lanes, a restaurant, and a women’s boutique shop. The building façades were renovated—heavy decorative wood trim were added over the large picture windows along with with a non-recessed entrance to resemble an earlier store front. Large decorative cornices were added back to the façade to match historic images. The layout of the bowling alley includes a restaurant on the ground floor with a large bar with plenty of gaming space. There is also a large basement room in the Mark’s building that can be reserved for private parties. A new entrance was added to the rear of the Mark’s building leading to an exterior courtyard with landscaping, outdoor seating and entertainment including a bocce ball court. There are also seven apartments on the second and third floors of the Robinson and Mark’s buildings as well as rear parking with a private entrance to the apartments above the exterior courtyard. The second floor of the Robinson building also features a roof top patio with an entrance to the second floor Robinson apartments.